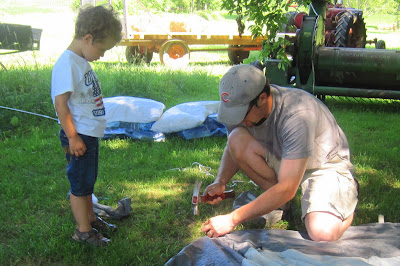 Over the July 4th holiday Handyman and I decided to take the kids on an impromptu camping excursion.  I think the kids were (insert heavy dose of sarcasm here) just ever-so-slightly excited . 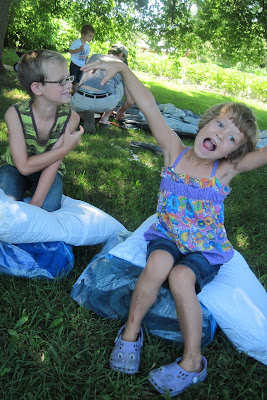 Handyman's dad has a little area set up behind their house which is perfect for camping.  It's fairly secluded, there's a fire pit, a shady spot, a flat area, and best yet, an ice chest filled with soda.

Privacy is sketchy, depending on whether or not the cows are nearby to watch what the crazy humans are doing. 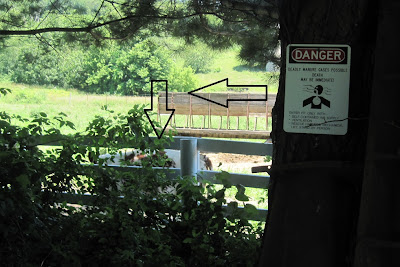 I love this sign (which is an actual official sign).  Handyman put up one in our bathroom which is appropriate as he sometimes uses it and it's best to warn everyone else, snigger snigger. 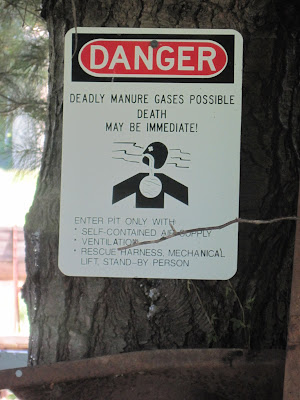 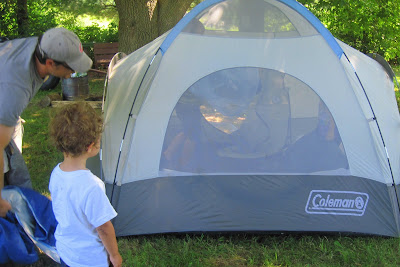 Since cooking Smashpillows (Gabe's word for marshmallows) is a necessity when camping, we decided to follow Auntie K's lead and have Smashpeeps. 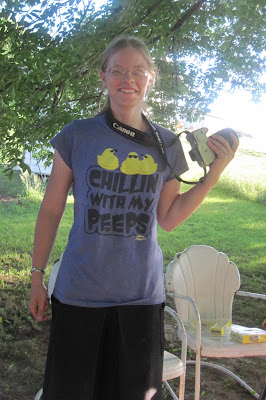 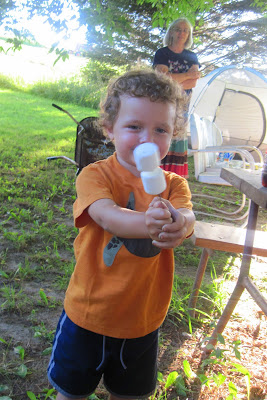 I know that Smashpeeps aren't much different than Smash pillows, but there just seems to be something slightly morbid about roasting fluffy chicks over flames. 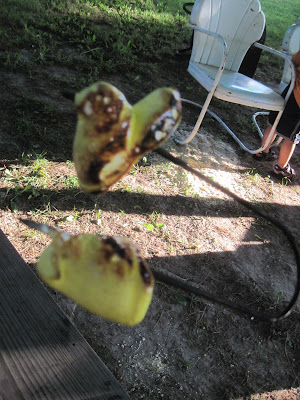 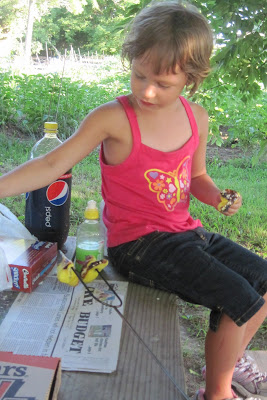 There's a little stream not far from the camp site, and the kids had fun splashing around in it and making a dam.  Peter was convinced there were crayfish, but thankfully he didn't manage to catch any.  That child wants to turn anything into a pet. 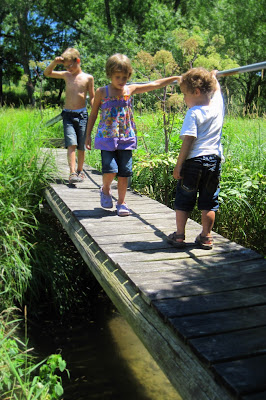 One of my family's camping traditions is to make "donuts".  Basically you just get canned biscuits, poke a big hole in the center, and fry over a skillet.  Dust them liberally with sugar and cinnamon, and you get Camping Donuts! 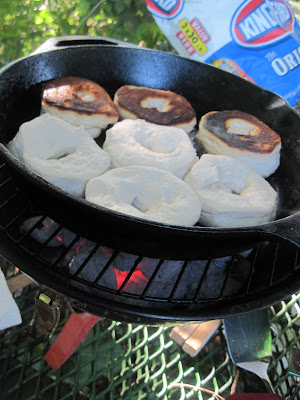 Wow, does the taste of that ever bring back childhood memories! 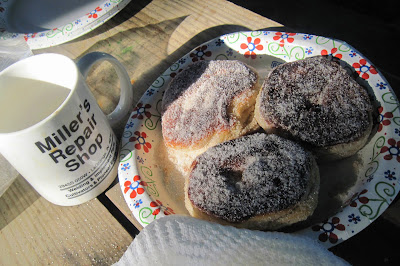 The next morning Handyman had to work, so it was up to the next Man of the House to help break camp.  Men are always willing to do work if it involves using interesting tools. 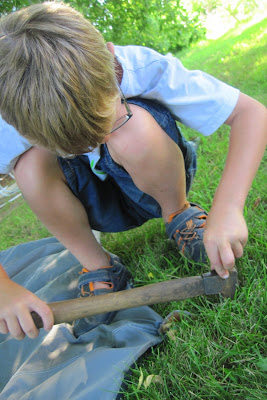 I gave up on making the donuts that way (they tend to burn on the outside and are raw on the inside.) Now I made donut holes buy rolling the dough into balls and deep frying them.