Photos from Memphis - Annals from the Bompy Bus 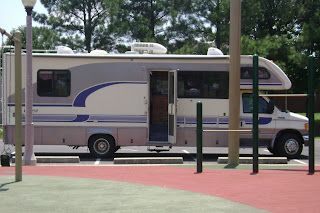 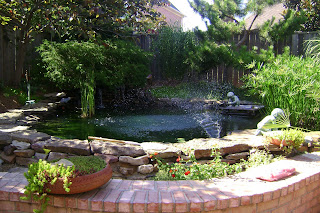 Not too long ago we visited my Aunt and Uncle at their home, the Memphis Monastery, so named because it's so relaxing and peaceful there (a euphamism for "no kids under the age of 12"). 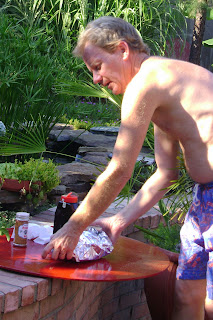 The weather was ridiculously hot, but we managed to find ways to keep cool. 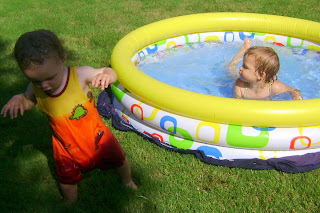 Peter was especially adept at finding the coolest spot in town. 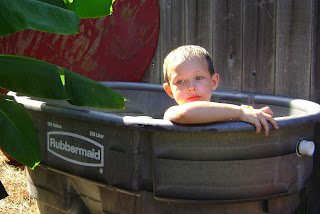 Uncle Gary was eager to help cool off anyone who came too near. He's a rather cheeky fellow, my Uncle. 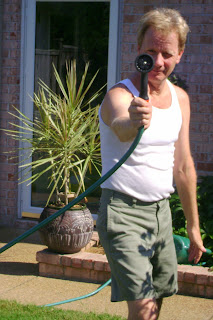 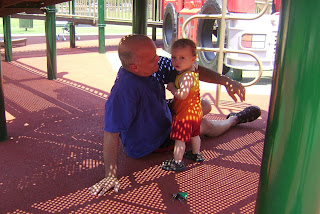 Of course, "play" has different meanings for different people. 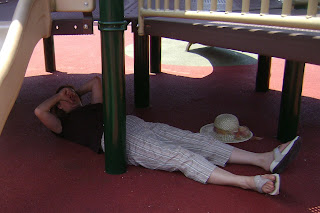 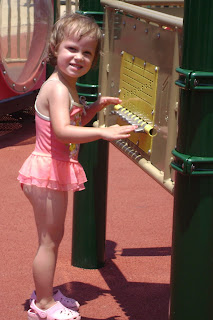 My personal idea of fun is stealing snippets of plants for re-potting at my house. I look at is as a favor to the plants; they now have relatives up North. 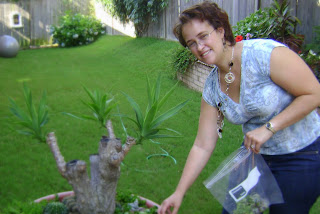 Email ThisBlogThis!Share to TwitterShare to FacebookShare to Pinterest
Labels: Vacation

Ha ha.... Great pics. What fun. Gabe is really growing and changing fast! You crack me up w/ the plants - are they at least pieces from your Aunt and Uncle? -Or are they from people who don't know you're taking them? LOL

This is great. I love the picture of Gary with the hose. Talk about a picture speaking a thousand words! :) All your photos are so wonderful. I need to practice taking fun action pictures. Mine are too posed. You have to be quick to catch things....especially with Michelle. She does these hilarious and cute things but the moment is gone by the time i get the camera ready. Well, hope you survive canning...no rush on the card thing. NO rush. I have a million other things to do, too. :)